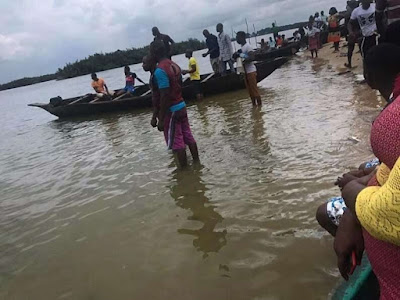 In what can be described as a black Friday, about 10 persons have lost their lives after a boat capsized in Lagos.


Also, three people are still missing at the time of filing this report.
According to The Nation, the sad accident occurred around 5:45pm on Wednesday, July 29, at Kirikiri, Apapa, less than 24 hours after 18 persons cheated death in two boat accidents in Victoria Island.
According to reports, the crash was as a result of an engine failure developed shortly after the boat left Kirikiri jetty for Badagry.
18 persons were said to b onboard with five of them were rescued by Marine Police operatives.
About 10 people have lost their lives in a boat accident in Lagos
Posted by Huvatex at 11:49 PM