Spotify Has Crashed and Juice Wrld Fans Are Pissed . 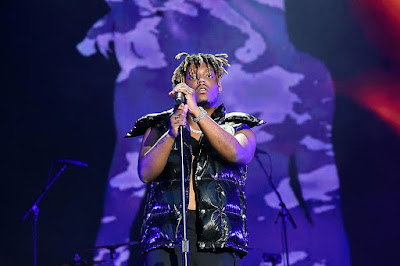 Juice's wrld's posthumous album, Legends Never Die, arrived at midnight and fans who opted to listen to the LP this morning are heated that they're unable to do so because of technological issues on Spotify.


On Friday morning (July 10), an overwhelming number of Juice Wrld fans hopped on Twitter to complain that they can't stream legends never die because Spotify isn't functioning properly. Some social media users have shown examples of their issues with the streaming platform, which looks like the app immediately closes out when attempting to open it.
"Sooo annoying, I’m tryna listen to Juice's wrld's album but Spotify is stopping me," one fan tweeted.
Another wrote, "I just wanna start my Friday listening to the new juice wrld album but Spotify is on some bullshit rn."
A third Juice Wrld fan said, "What the fuck Spotify, don’t tell me you crash because too many people listening to juice wrld."
While some fans are claiming that Juice's album crashed Spotify, that hasn't been confirmed. Ironically, things appear to have gone without a hitch when the album was released on Spotify at midnight. It was Apple Music who experienced issues when the LP was supposed to arrive and be available to their customers. The album wasn't immediately available on Apple Music.
Posted by Huvatex at 11:53 PM