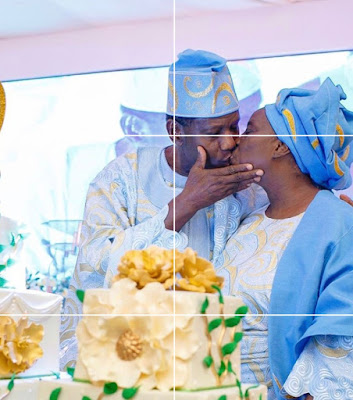 General Overseer of the Redeemed Christian Church of God (RCCG) Pastor Enoch Adeboye has set social media on fire following his tweets to celebrate his wife Foluke who clocked 72 on Monday.


Adeboye had celebrated his wife as a virtuos woman, adding that despite being a powerful woman she submits to him as head of the family.
According to the clergyman, who has been married for over 50 years, said his wife still cooks for him and serves him herself.
Posted by Huvatex at 11:48 PM