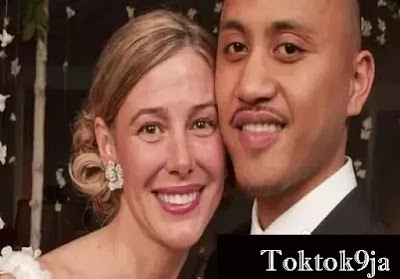 In 1997, a school teacher named Mary Katherine Schmidt was found guilty of raping her 12 years old student named Vili Fualauu. Before she was sentenced for her crime, the teacher had a baby for 12 years old Vili.
She got a plea agreement deal of spending 6 months in jail with the promise that she will stay away from her student.
However, Ms Mary broke that deal after she was caught with him in a car by police officers. She was then reinstated and sentenced to 14 years imprisonment. She was jailed from 1998 to 2014.
After she was done with her prison sentence, she reunited with Fualauu and gave birth to another baby girl.
A year after she got out of prison, Mary Schmidt got married to Fualauu. Fualauu had to go protest against the no contact clause between them citing that he was an adult now. Their marriage raised lots of brows and gained national attention but the couple said their love was stronger than anything else.

Prior to her rape crime, the teacher was married to Steve Letournea and their marriage was blessed with 4 children. They had lots of financial, physical, and emotional abuse in their marriage. While in prison for rape, she divorced her husband.
Mary Katherine and Vili Fualauu were married for 12 years until the latter filed for divorce and later withdrew. However, he finally divorced her on 2019. While they were married, Vili said there was nothing to be ashamed of in the marriage and he was not a victim.However, after their divorce, he confessed that their union was not healthy. Their union had 2 children. The first child was born in 1997 when Ms Mary Katherine was awaiting sentence while the second was born months after she was released in prison.
Two days ago, Mary Katherine lost her life after battling with colon cancer. She was 58 years old
Posted by Huvatex at 11:50 PM