MARLO SHOT AND KILLED AT 30: REPORT 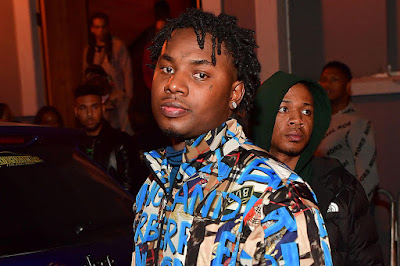 Quality control music rapper Marlo has reportedly been shot and killed in Atlanta. He was 30 years old.


Early Sunday morning (July 12), news of his death began circulating on social media. The Atlanta rapper, born Rudolph Johnson, was reportedly gunned down on I-285 on Saturday night (July 11). Video footage began making its rounds on Twitter, featuring the vehicle Marlo was allegedly driving in before it was hit by gunfire.

XXL has confirmed with the Atlanta Police Department that a shooting took place around 11:30 pm EST near the Benjamin E. Mays Drive overpass. Officers located the vehicle and found the victim, who they describe as a "30-year-old driver," deceased from a gunshot wound. They believe he was the target of the shooting. However, they would not identify the victim.
Posted by Huvatex at 11:49 PM