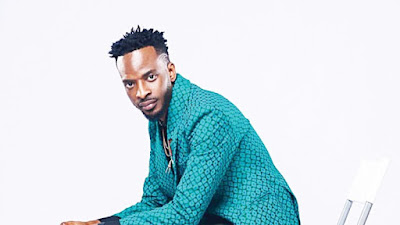 Veteran singer, Abolore Akande also known as 9ice has revealed that he never promised anybody that he would win the Grammy award.


Speaking during an interview with Punch’s Sunday Scoop, he clarified that he only promised himself that he would win the much coveted music award.


The singer said, “People are getting it wrong. I didn’t promise anyone a Grammy award; I promised myself. I promised myself a lot of things. I promised myself a Music of Black Origin award and I got it. I promised myself to be one of the most reckoned with artistes and I’ve achieved that. The Grammy-award has been one of my targets as well. There is a Yoruba adage that says, ‘Ba o ku, ise o tan’ which literally means, ‘If there is life, anything can still happen’.
Posted by Huvatex at 11:51 PM