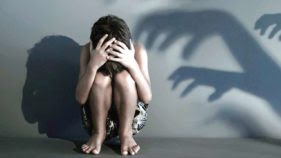 An enraged father strangled his 17-year-old daughter to death in her sleep in India when he found out she was pregnant after being raped in a report by Daily Mail.


The girl, who was from Mantoli village in India’s northeastern Uttarakhand state, was murdered by her father to preserve the ‘family honour’, according to police, adding they suspect the girl had been raped.
The girl lived with her grandparents, who discovered the pregnancy while escorting her on a hospital visit last week.
They informed the father who later turned up at the grandparents’ house in a state of rage, but left shortly after. He returned to the house at five in the morning and strangled the girl as she slept.
Following the murder, the next morning the father told villagers that the teen had killed herself and that he’d already buried her. On Thursday, officers exhumed the body and interviewed the grandparents.
Posted by Huvatex at 11:51 PM