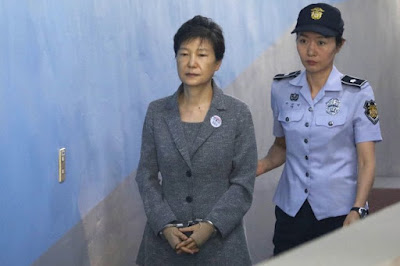 
Park Geun-hye had been indicted for corruption and abuse of power, as well as bribery in a separate case, following a scandal in 2017 that led to her impeachment.
The original sentences of these two cases were reviewed together and reduced by 10 years to 20. A third sentence for violating electoral laws remains unchanged.
Posted by Huvatex at 11:54 PM