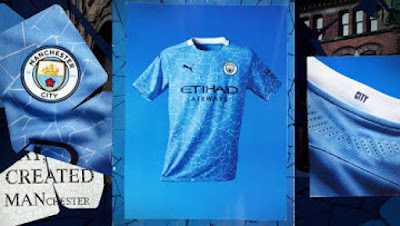 
According to the club, the jersey designs were inspired by the iconic mosaics found in Manchester.
Photos of the new jersey were posted on their website with a statement that ‘The pattern of the Home jersey, which will be worn by our men’s women and youth teams, has been inspired by the famous mosaics located in the creative hub of Manchester’s Northern Quarter”
The club also revealed that its players will wear the new Home kit for the first time in Saturday’s FA Cup semi-final against Arsenal at Wembley.
Posted by Huvatex at 11:24 PM