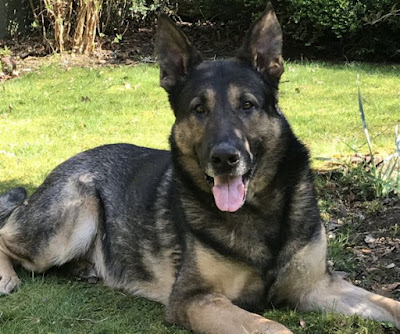 A police dog which never let a criminal escape in seven years of service is finally retiring from active duty.

PD Akie has been a key member of Nottinghamshire Police since 2013, after starting his police training at just seven weeks old.
PC Mark Haywood has been Akie’s handler since the start, with the officer responsible for walking him and attending courses with him.
"During his career as a police dog, Akie grew into a very confident and capable dog,” PC Haywood said.
Posted by Huvatex at 11:46 PM