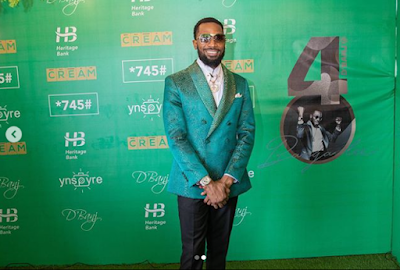 
D’banj who is attributed to exporting and exposing the Afrobeat sound to a global audience also released a single release titled “Stress Free”.
Celebrating his 40th birthday on the 9th of June 2020, D’banj held a special YouTube concert for his teeming fans. The concert tagged D’banj #40 by 40 featured a throwback to his greatest tracks and guest appearances from Don Jazzy, BurnaBoy, Wande Coal, and host of others.
The Koko Master also announced his biggest endorsement deal as a public figure with Heritage Bank.
Posted by Huvatex at 11:51 PM