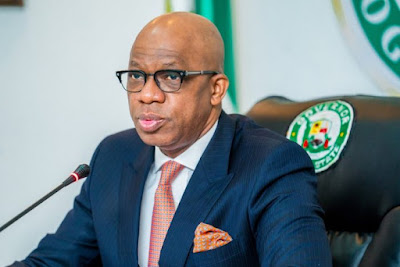 The All Progressives Congress (APC), Ogun State Chapter, has congratulated Prince Dapo Abiodun, on the twin occasions of his 365 days in office as Governor and 60th birthday anniversary.


Rising from the monthly meeting of its State Working Committee, held at the party secretariat in Abeokuta and presided over by the state party chairman, Chief Yemi Sanusi, the party gave kudos to the Governor for his “brilliant performance over the past twelve months, despite the dwindling financial resources.”
In a media statement issued in Abeokuta on Thursday and signed by the Assistant State Publicity Secretary, Mrs Olusola Ogunsanya, the party said it reviewed the activities of the Dapo Abiodun Administration in the last one year, and concluded that the governor has performed “creditably well”.
Posted by Huvatex at 11:52 PM