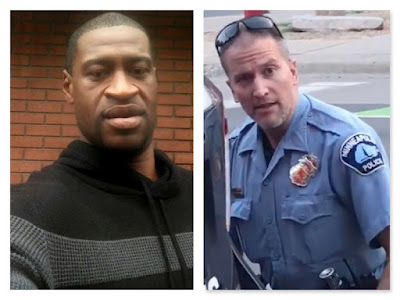 The dismissed Minneapolis cop, Derek Chauvin, accused of killing unarmed African-American George Floyd by kneeling on his neck was taken into custody Friday and charged with third-degree murder.


Chauvin is one of four officers sacked shortly after an explosive video emerged showing a handcuffed Floyd lying on the street as Chauvin pinned his knee to Floyd’s neck for at least five minutes on Monday.
The death of the 46-year-old Floyd has sparked days of sometimes violent demonstrations in Minneapolis and other US cities over police brutality against African-Americans.
Posted by Huvatex at 11:53 PM