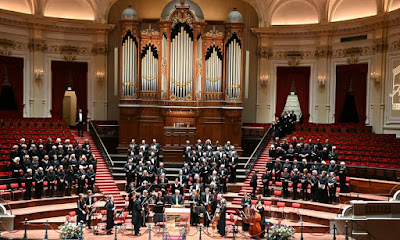 German authorities are warning against singing and several states have banned it from church services over fears it spreads the coronavirus.


The increased production of potentially infectious droplets involved in singing means that choirs are facing a longer shutdown even as shops and restaurants re-open says a report by The Daily Mail.
Lothar Wieler, the head of Germany’s RKI diseases institute, says the droplets can ‘fly particularly far’ when singing.
This conclusion was reached based on some cases such as one in which at least 40 people were infected at a church service in Frankfurt where the congregation had been singing and not wearing masks.
Posted by Huvatex at 11:52 PM